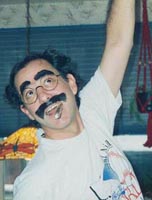 Dr. Elson has been singing, acting and performing professionally for over 40 years, starting with singing himself through college and dental school by performing in New York City nightclubs and Catskill Mountain resorts.

Dr. Elson has starred as Tevye in

Pittsburgh Musical Theatre’s acclaimed Fiddler on the Roof, and has starred in Chicago, A Little Night Music, Jacques Brel is Alive and Well and Living in Paris, 1776, Evita, She Loves Me, as Pseudolus in A Funny Thing Happened on the Way to the Forum, as King Henry II in Lion in Winter, as Fagin in Oliver, and starred in the world premiere of Ritual of Faith at Pittsburgh’s City Theatre, just to name a few of his credits. He was the lead performer in many Don (Chef Brockett of Mr. Roger’s Neighborhood) Brockett Revues, where he met and performed for Fred Rogers.

Baseball has been one of Dr. Elson’s lifelong passions. He was KDKA radio’s award-winning sports commentator with his In The Cheap Seats spots on John Cigna’s morning show, and hosted KDKA’s weekend sports talk shows, Sports Saturday and Sports Sunday. For several years, Dr. Elson was “Professor Baseball”, the host of Major League Baseball’s All Star Game FanFest Trivia Show and has appeared on This Week in Baseball. His son Philip is the play-by-play “voice” of the Anaheim Angel’s AA minor league affiliate, Arkansas Travelers.

Below are photographs from a selection of Dr. Elson’s theatrical performances. 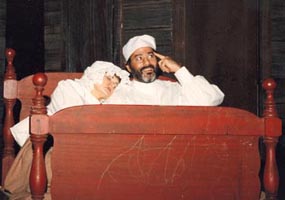 As Tevye, in Fiddler On The Roof 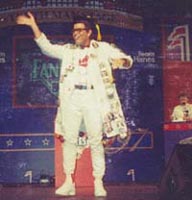 “Professor Baseball” at the
All-Star Game in Cleveland 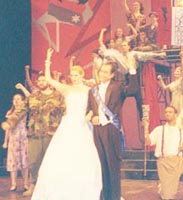 As Juan Peron in Evita 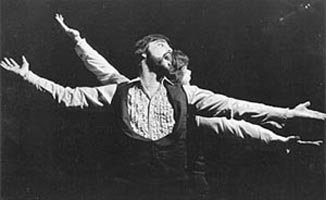 In Jacques Brel is Alive and Well and Living in Paris

Singing “Brother, Can You Spare a Dime”

With my son, Philip, broadcasting
at El Paso Diablos Stadium